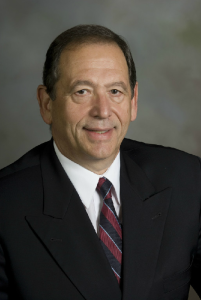 Dr. Michael Karmis is the Stonie Barker Professor of the Department of Mining and Minerals Engineering and the Director of the Virginia Center for Coal and Energy Research (VCCER) at Virginia Tech.

His expertise is in the areas of mine health and safety, rock mechanics and ground control, mining systems, and the sustainable development of energy and mineral resources. He has authored/co-authored over 160 scientific papers and has directed 60 major research projects funded by federal and state agencies, foundations and private companies. Dr. Karmis is a recognized teacher and mentor and has received numerous Certificates of Teaching Excellence and other teaching commendations.

Dr. Karmis developed, coordinated and edited a Textbook entitled “Mine Health and Safety Management,” published by the Society for Mining, Metallurgy and Exploration (SME) in 2002, which is now used as reference and textbook on this subject in the USA and many other countries. For over 20 years he served as Chairman of the Annual Institute on Mining Health, Safety and Research, a meeting recognized internationally as a major forum on this topic. Sponsors included the Mine Safety and Health Administration-U.S. Department of Labor, the National Institute for Occupational Safety and Health-U. S. Department of Health and Human Services (and the former U.S. Bureau of Mines) and the broad mining industry.

A Professional Engineer in the U.S.A., a Chartered Engineer and a Licensed Engineer (Eur Ing) in Europe, and a Member of the International Society of Mine Safety Professionals, Dr. Karmis is an active consultant to the mining industry, academic and research institutions, government agencies, engineering companies and financial and legal firms. He served as the 2002 President of the Society for Mining, Metallurgy and Exploration (SME) and as the 2009 President of the American Institute of Mining, Metallurgical and Petroleum Engineers (AIME). He currently serves as Trustee and Vice President of the United Engineering Foundation (UEF). He was elected as the 2002 President of the Society of Mining Professors (SOMP)-Societät der Bergbaukunde and served as its Secretary General from 2005 to 2012. He is an Honorary Member of AIME, a Distinguished Member of the SME, a Fellow of the Institute of Quarrying, and a Fellow of the Institute of Materials, Minerals, and Mining. He has received numerous awards and recognitions by major scientific, educational, professional and industrial organizations. 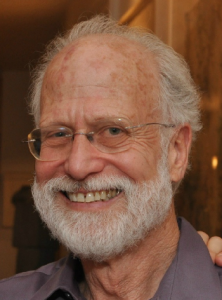 He was founding chair of the Department of Work Environment as well as Dean of the School of Health and Environment from 2003-2008. Previously he served on the faculty at the Harvard School of Public Health and as Division Chair of Occupational and Environmental Health at UCLA School of Public Health after serving as Occupational Hygiene Physician for the Massachusetts Department of Labor and Industries. He received his BA from Swarthmore College and both his MD and MSc from Harvard University.

He was named a National Associate of the National Research Council in 2002, as a member of the NRC Board on Human Systems Integration in 2010 and as a member of the IOM Committee on Aerospace Medicine and the Medicine of Extreme Environments in 2011. Dr. Wegman has served on or chaired a number of ad hoc Academy committees, most recently chairing the committees on the Role of Human Factors in Home Health Care, and the External Evaluation of the National Institute of Disability and Rehabilitation Research and previously chairing the NRC-IOM committees on Review of NIOSH Research Programs, the Health and Safety Needs of Older Workers, and the Health and Safety Consequences of Child Labor.

He currently serves on the NRC committees on Mine Safety: Essential Components of Self-Escape and on Worker Safety on Offshore Wind Farms. Dr. Wegman chaired the 1995-6 MSHA Advisory Committee on the Elimination of Pneumoconiosis Among Coal Mine Workers and previously served on the Boards of Scientific Counselors for NIOSH and for the National Toxicology Program as well as on the EPA Science Advisory Board. In 1998 he was awarded a Fulbright Senior Fellowship for study of Health and Safety of Older workers in Sweden and then, in 2006 he was appointed chair of the International Evaluation Group for an analysis of Occupational Health Research in Sweden.

He is co-editor of Occupational and Environmental Health: Recognition and Prevention of Disease and Injury, the 6th edition of which was published in 2010. 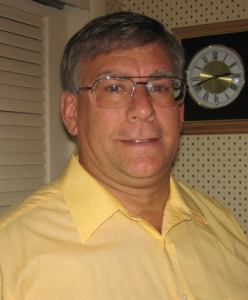 Dr. Keith A. Heasley is the C.T. Holland Professor in the Department of Mining Engineering at West Virginia University.

His expertise is in the areas of mining safety and health, numerical modeling in rock mechanics, computer applications in mining, multiple-seam mine design and ground control. He has authored/co-authored over 90 scientific articles in these areas, and directed over 35 research projects for federal and state agencies and private companies. He is probably best known as the originator and promoter of the LaModel program for coal mine pillar design

Prior to his appointment with WVU in 2001, he was employed by the former U.S. Bureau of Mines and then the National Institute for Occupational Safety and Health (NIOSH) at the Pittsburgh Research Laboratory from 1986. He started his career in 1981 as a project engineer for the underground coal mines in the Midwestern Region of Consolidation Coal Company.

He graduated in 1981 with a B.S. and in 1987 with a M.S. in Mining Engineer from The Pennsylvania State University. While working for the U.S. Bureau of Mines, he obtained a Doctorate in Mining Engineering from the Colorado School of Mines in 1998. He obtained his Professional Engineers license in 1996 and is a registered professional engineer in West Virginia and Pennsylvania.

He has served on the Board of Directors for the national Society of Mining Metallurgy and Exploration (SME), the Pittsburgh Section of the SME, and the American Rock Mechanics Association (ARMA). He also serves as a technical editor for the SME and on the local organizing committee for the International Ground Control in Mining Conference.

He won the Stephan McCann Educational Excellence Award from the PCMIA in 2006, the Outstanding Teacher for the College of Engineering and Mineral Resources in 2008, the Syd S. Peng Ground Control in Mining Award in 2011, and the Old Timers Club Faculty Award in 2011.

This solicitation focuses solely on specific Requests for Proposal (see listing to right).